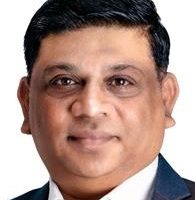 Dr Aneez D.B Ahmed is currently the Director & Senior Consultant Surgeon at International Centre for Thoracic Surgery in Mount Elizabeth Novena Specialist Centre, Singapore. He has been a practitioner in the field of thoracic surgery, with a special interest in thoracic oncology, for more than fifteen years.

After completion of his cardiothoracic training from National University Hospital, Singapore, he passed his Fellowship exams from the Royal College of Surgeons of Edinburgh. Prior to starting his private practice, Dr Aneez served as the Head of Service of Thoracic Surgery in the Department of General Surgery in Tan Tock Seng Hospital (TTSH), Singapore.

His interest in robotic surgery led him to be recognised as the first in the ASEAN cohort to get a Level III Certificate Specialist training in Robotic Thoracic Surgery from the European College of Cardiothoracic Surgery (EACTS). With sabbaticals in Europe and USA for advanced training in Robotic Thoracic surgery, he now leads the training program for thoracic surgeons in ASEAN and South Asia. He then became the Vice President of Robotic Surgical Society of Singapore (RS3) in 2016 and subsequently being nominated as the President of RS3 in 2019.

His special interest in chest wall surgery led him to be a pioneer in Chest Wall Resection and Reconstruction. Dr Aneez had also performed the world’s first 3D Printed Polymer Ribcage Reconstruction.

Besides clinical works, Dr Aneez is passionate about teaching. Since 2010, Dr Aneez piloted a program in Advanced Thoracic Nursing Course (ATNC) at TTSH that has been running annually to train nurses from all over Asia. He is also an examiner for the Royal College of Surgeons of Edinburgh.

His expertise and knowledge in minimally invasive thoracic surgery have led to numerous invitations as a speaker to conferences and workshops in the region. He also receives referrals from other hospitals in the country and other regions such as Malaysia, Thailand, Philippines and the U.A.E. 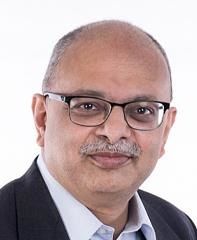