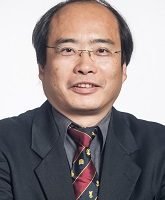 A/Prof Yeo is currently the Head of the Division of Neurosurgery, National University Hospital, Singapore. He is also the Medical Director of the Singapore Gamma Knife Centre. He underwent his undergraduate medical training in the National University of Singapore and obtained his MBBS in 1985. After completing his National Service in the army from 1986 to 1988, he underwent postgraduate neurosurgery training in Melbourne, Australia and obtained his exit neurosurgical qualifications (FRACS) in 1994. He then underwent further subspecialty training in stereotactic and functional neurosurgery in Toronto, Canada as well as in Seattle, USA and Grenoble, France.He has been the recipient of numerous research grants over the years and has published widely in the neurosurgical literature in the domains of stereotactic and functional neurosurgery, neuro-oncology, head injury and virtual reality neurosurgery.