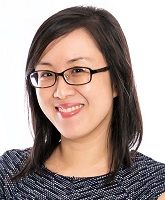 Dr Ang received her MBBS with Honours from the National University of Singapore in 2003 and obtained her Master of Medicine (Paediatrics) there in 2007. She was awarded the top prize for best performance in exams leading to the Membership of the Royal College of Paediatrics and Child Health (MRCPCH) of the United Kingdom (MRCPCH) in 2007.
In 2012, Dr Ang was awarded the Ministry of Health Academic Medicine Development Award and entered the Paediatric Rheumatology Fellowship Programme of Boston Children’s Hospital, USA for 1½ years. She was a Fellow in Paediatrics at Harvard Medical School there as well. She contributed to the Textbook of Immunology as well as the Second Edition the “Comprehensive Pediatric Hospital Medicine,” a publication of the Harvard Medical School. She also contributed to the National Institutes of Health (NIH) funded project “Empowering Physicians with Evidence-Based Decision Support for Paediatric Rheumatologic Diagnoses”.

Her two passions at work are her patients and junior staff – medical students and junior doctors. She has always been actively involved in the education and training of upcoming doctors and paediatricians. This includes going overseas regularly to other Southeast Asian countries to teach General Paediatrics and Paediatric Rheumatology, and work alongside local doctors to enhance delivery of medical care.

Dr Ang considers herself very blessed to have the mentorship of the pioneers of various paediatric subspecialties in Singapore. They are her role models who have shaped her as a Paediatrician and teacher and she hopes to carry on their legacy. 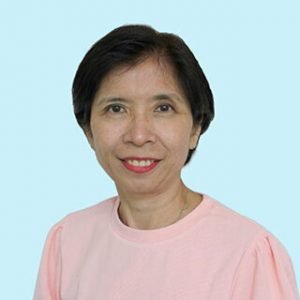