Dr. Liew studied medicine at Cambridge University, UK, and obtained his Bachelor (BA) and Master (MA) degrees in 1994 and 1998, respectively. He undertook his clinical studies at the United Medical and Dental Schools of Guy’s and St. Thomas’ Hospitals, London, UK and graduated with distinction in 1997, obtaining Bachelor degrees in Medicine and Surgery. He has been a Member of the Royal College of Physicians (MRCP) UK since 2000 and was elected Fellow of the Royal College of Physicians (FRCP) in 2012.

Dr. Liew is widely recognized both regionally and internationally in the field of heart rhythm problems and was involved in some of the early pioneering clinical studies in the UK validating the use of 3D-mapping systems to treat complex heart rhythm problems. He has mentored many cardiologists in the UK, Singapore and the surrounding region in performing cardiac electrophysiology (EP) procedures and regularly proctors EP cases in neighboring countries. After completing his general medical rotation in London and obtaining his MRCP, Dr. Liew undertook his cardiology training at the Royal Brompton Hospital, London UK, and subspecialty training in cardiac arrhythmias at St. Bartholomew’s Hospital and St. George’s Hospital, two of the highest volume heart rhythm centres in the UK. He is fully trained in all forms of invasive EP procedures, including catheter ablation using conventional and 3D- mapping systems. He is also fully trained in cardiac device implantation, including cardiac pacemakers, implantable cardioverter defibrillators (ICD) and cardiac resynchronization therapy (CRT) devices. He received his UK Certificate of Completion of Training (CCT) in 2008 and was appointed consultant cardiologist at the National Heart Centre Singapore (NHCS) in 2008 and senior consultant in 2012. With his extensive training in the UK and contributions to research in cardiology and cardiac electrophysiology, he was elected Fellow of the European Society of Cardiology (FESC) in 2010 and Fellow of the American College of Cardiology (FACC) in 2012.

Dr Liew has a strong track record in both clinical and translational research and was formerly Deputy Director of the Research and Development Unit at NHCS. His research interests include atrial fibrillation, sudden cardiac death and the use of stem cells in cardiovascular disease. Dr. Liew was awarded the prestigious British Heart Foundation Junior Research Fellowship from 2000 to 2003 and obtained a PhD from Imperial College London for his research on the arrhythmic actions of oestrogens on the heart. He has presented his research and been invited to be guest speaker at many national and international meetings and has published over 100 papers and abstracts in high impact peer-reviewed journals. He is currently the Associate Editor for Heart and the ASEAN Heart Journal and is also a member of the Research Committee for the Singapore Heart Foundation and the Basic Science Committee of the Asian Pacific Heart Rhythm Society.

Dr Liew holds an academic position as Assistant Professor at the Duke-NUS Graduate Medical School Singapore where he continues to teach and mentor medical students. He is the course organizer for the cardiovascular component of the first year normal body course. 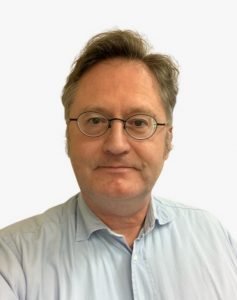 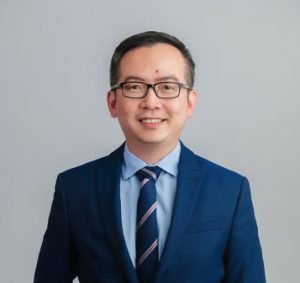