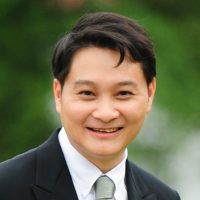 Dr Christopher Ng was educated in Singapore and the United Kingdom. His early desire to pursue a career as an Obstetrician and Gynaecologist stemmed from having two generations of prominent doctors in his family. Hence after graduating from Marlborough College, England, Dr Ng went on to obtain his degree in Medicine and Surgery at St Mary’s Hospital Medical School, Imperial College in London in 1995. Upon his return to Singapore in 1995, he was the President & Founding Member of the Overseas Medical Graduates Association of Singapore.

He has trained in the fields of Obstetrics, Gynaecology and General Surgery at Singapore General Hospital, Tan Tock Seng Hospital and KK Women’s & Children’s Hospital. He also successfully completed a student attachment at the Mayo Clinic, Rochester, USA (under Dr John Donohue). He was awarded the Health Manpower Development Plan (HMDP) Fellowship for Masters of Medicine (Obstetrics & Gynaecology) by the Ministry of Health Singapore in 2000.

He was admitted as a Member and subsequently conferred as a Fellow of the Royal Australian and New Zealand College of Obstetricians and Gynaecologists. He was conferred the Master of Medicine in Obstetrics and Gynaecology from the National University of Singapore and has been made Fellow of the Academy of Medicine, Singapore. Dr Ng was elected as a Council Member of the Obstetrical & Gynaecological Society of Singapore in 2008-2014.

Dr Ng is trained in antenatal and gynaecological ultrasound scans, prenatal screening, antenatal risk assessment and care, natural childbirth, instrumental vaginal deliveries (vacuum and forceps) and caesarean section, colposcopy, cystoscopy and management of patients with menopausal and fertility problems. Apart from general gynaecology surgery, he is accredited to perform Level 3 laparoscopic (minimally invasive) surgery which includes laparoscopic myomectomy, hysterectomy and cystectomy (fibroids, womb and cysts removal) and has an interest in surgery for urinary incontinence and utero-vaginal prolapse. He has presented papers in these topics at medical conferences in Singapore and overseas, in addition to winning the 2nd prize for his research at the 6th International Scientific Meeting of the Royal College of Obstetricians and Gynaecologists in 2005. He has also authored medical papers and has served as a reviewer on peer-reviewed journals in obstetrics and gynaecology. Dr Ng’s dedicated care to his patients has won him 4 Service from the Heart Awards and a national Excellent Service Award (EXSA). His commitment to work and patients was recognized with a Long Service Award from KK Hospital in 2007. 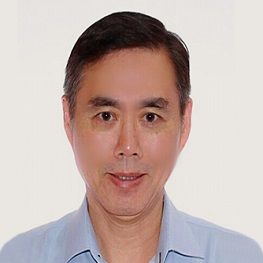