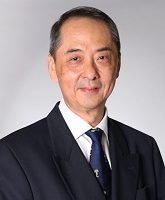 Prof E H Lee specialises in the management of orthopaedic problems in children, as well as general orthopaedics. His special areas of interest are the care, rehabilitation and surgical treatment of musculoskeletal problems occurring in infants and children, such as hip dysplasia and dislocation, foot deformities, spinal deformities, limb length discrepancies and neuromuscular disorders such as Cerebral Palsy, Spina Bifida and Muscular Dystrophy.

Prof Lee is currently an Emeritus Consultant at the Division of Paediatric Orthopaedics at NUH and a Visiting Senior Consultant in the Department of Orthopaedic Surgery at KK Women’s and Children’s Hospital. He is the Senior Advisor to the Division of Graduate Medical Studies at NUS. He is a Senior Consultant with the Ministry of Health and is a member of the Specialist Accreditation Board and the Bioethics Advisory Committee. He is the Chairman of the Advisory Committee on Restricted Research. He also serves on local grant review panels for the National Medical Research Council. Prof Lee is a member of the Governing Board of the Lee Kong Chian School of Medicine and chairs their Academic Affairs Committee.

Prof Lee is a Deputy Editor of the Journal of Bone and Joint Surgery and Co-Editor of the JBJS Open Access. He is also on the editorial boards of the Journal of Paediatric Orthopaedics A & B and the Journal of Orthopaedic Surgery. He is the author of over 150 scientific research articles, and 25 book chapters. He co-edited a book on Stem Cells which has been adopted as a standard textbook by many centres. He has won numerous awards for excellence in research, including the award for the Most Outstanding Basic Science Research Paper at two of the Annual Meetings of the Paediatric Orthopaedic Society of North America.

Some of his research interests over the years are listed below: –