Professor Prabhakaran received training in general surgery from 1976 to 1979, and paediatric surgery from 1979 to 1983 at the National University of Singapore. He went on to receive further sub-speciality training in Paediatric Surgery from 1983 to 1984 in Royal Children’s hospital in Melbourne, Australia. He also underwent training in Liver transplantation in Cambridge, UK (1990) and in Pittsburgh, USA (1995).

Prof Prabhakaran has presided over many committees and review boards such as Chairman of Specialist training Committee and Specialist Accreditation board in Paediatric Surgery in Singapore.

Prof Prabhakaran pioneered Liver transplantation in Singapore in 1990. His involvement in this area has also seen pioneering transplants performed overseas in countries like Malaysia and Indonesia.

He received and was awarded the National Oustanding Clinician Award 2012. 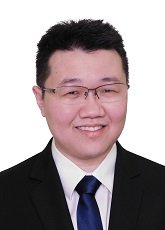